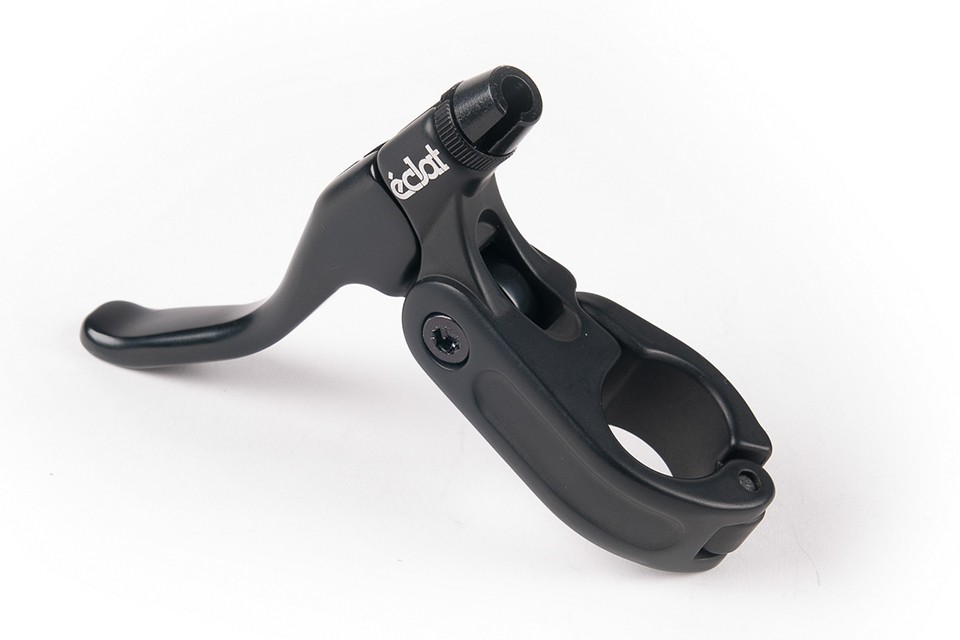 Sure it’s 2016 and many riders chucked their brakes away a while ago, but here at eclat we aren’t just living for the moment. Our passion is to to make the absolute finest BMX parts possible, and when it came to designing a brake lever, we knew we could come up with something truly special.

Anyone who rides brakes will tell you that they are really picky when it comes to which lever they run. I mean, if you’re going to have a chuck of aluminium sitting on top of your bars, you’re going to want to make sure that it’s as comfortable and out of the way as possible right? The Sniper Lever was aptly named due to its superb performance and accuracy. This lever was the result of us speaking to the guys on the team who still ran brakes (like Darryl Tocco), and trying to address all the common problems they had with typical brake levers.

The first thing we did with the Sniper was to clean up the shape. The Sniper lever is cold forged out of high grade 6066-T6 alloy, which allowed us to give it a really round and smooth body and lever blade which helps prevent any damage to your hands if you snag your hand on the lever during a crash or a miss caught barspin. The cold-forging process also makes the lever incredibly strong and resilient to crashes, and also helps keep the cost down at the same time.

The next issue we addressed with our lever was the hinge. Other levers on the market use a bolt to secure the camp shut. This bolt normally threads directly into the alloy or through a nut in the back of the lever which creates a very sharp section which often cause damage to your hands during riding. Both these systems are also prone to threading and over tightening. The Sniper solves both of these issues and uses a unique heat treated chromoly barrel insert in this area so that the brake alignment is ver compromised when tightening up the lever. We also include a separate barrel insert just in case the worst happens but you won’t have to replace the whole lever.

Brakes are also all about choices. That’s why the Sniper lever is available in both Left or Right handed versions, as well as two lever blade options to ensure that you have the perfect fitting brake lever. If you’re running stoppers on your bike and want a lever to last a lifetime, look no further than the Sniper.