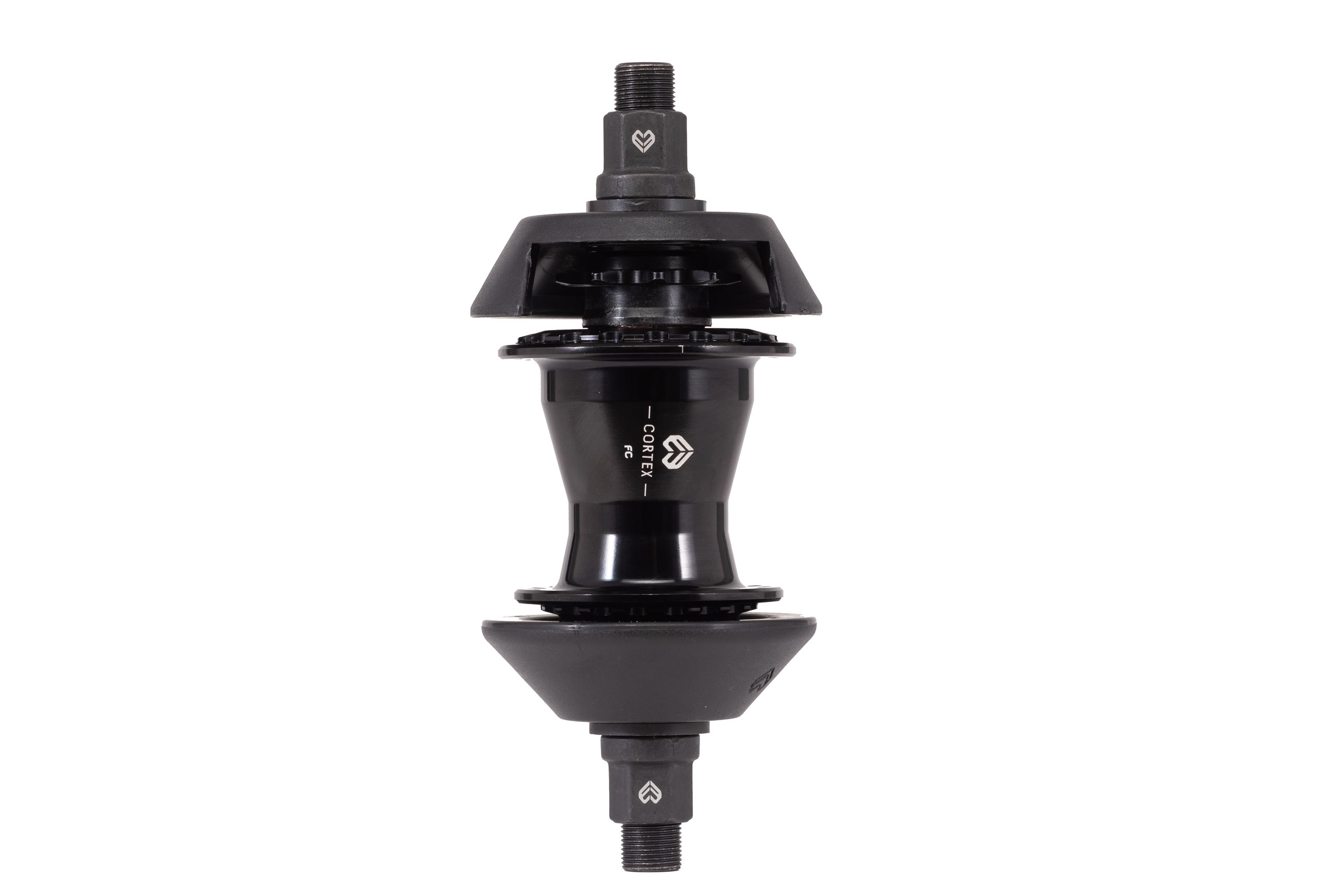 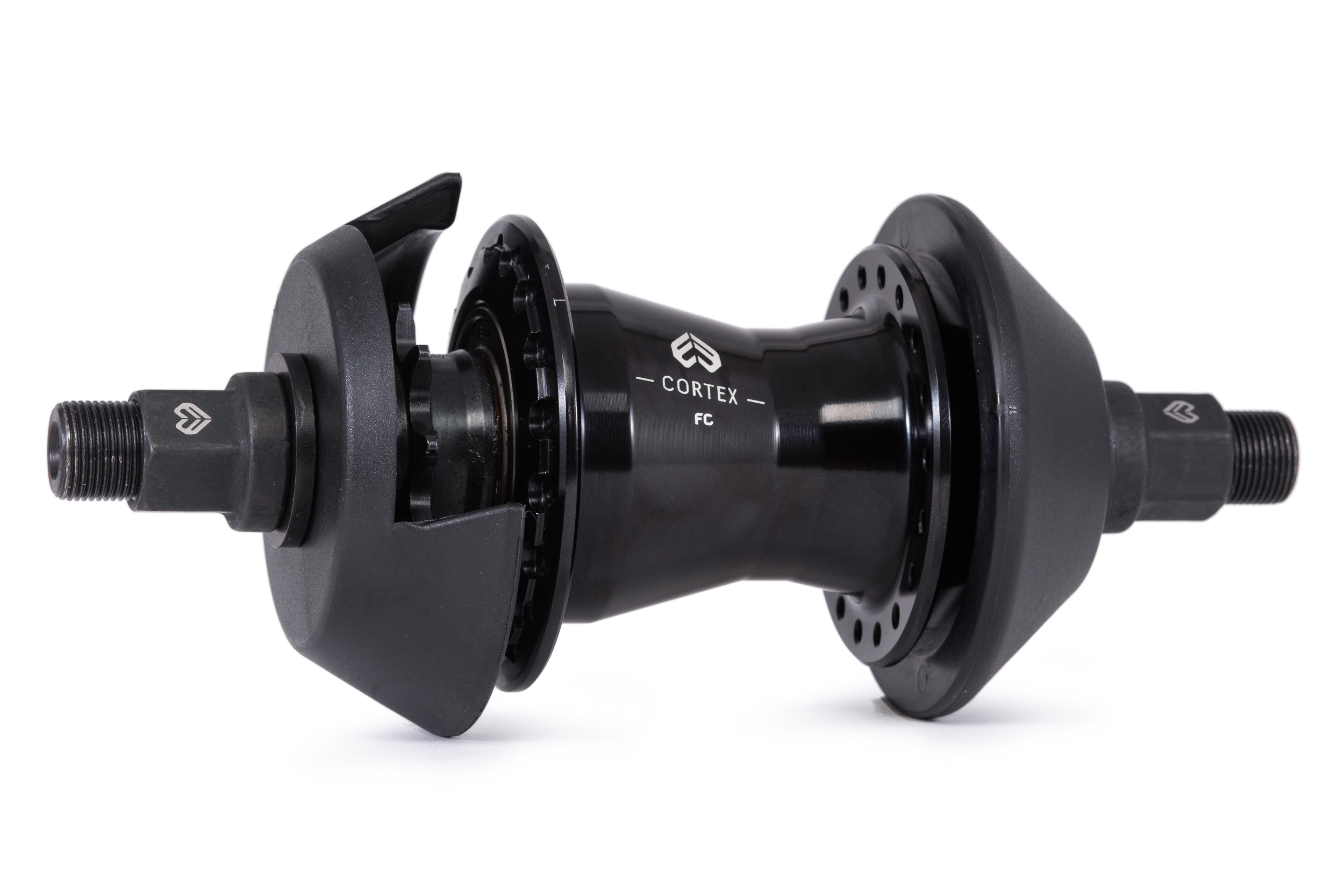 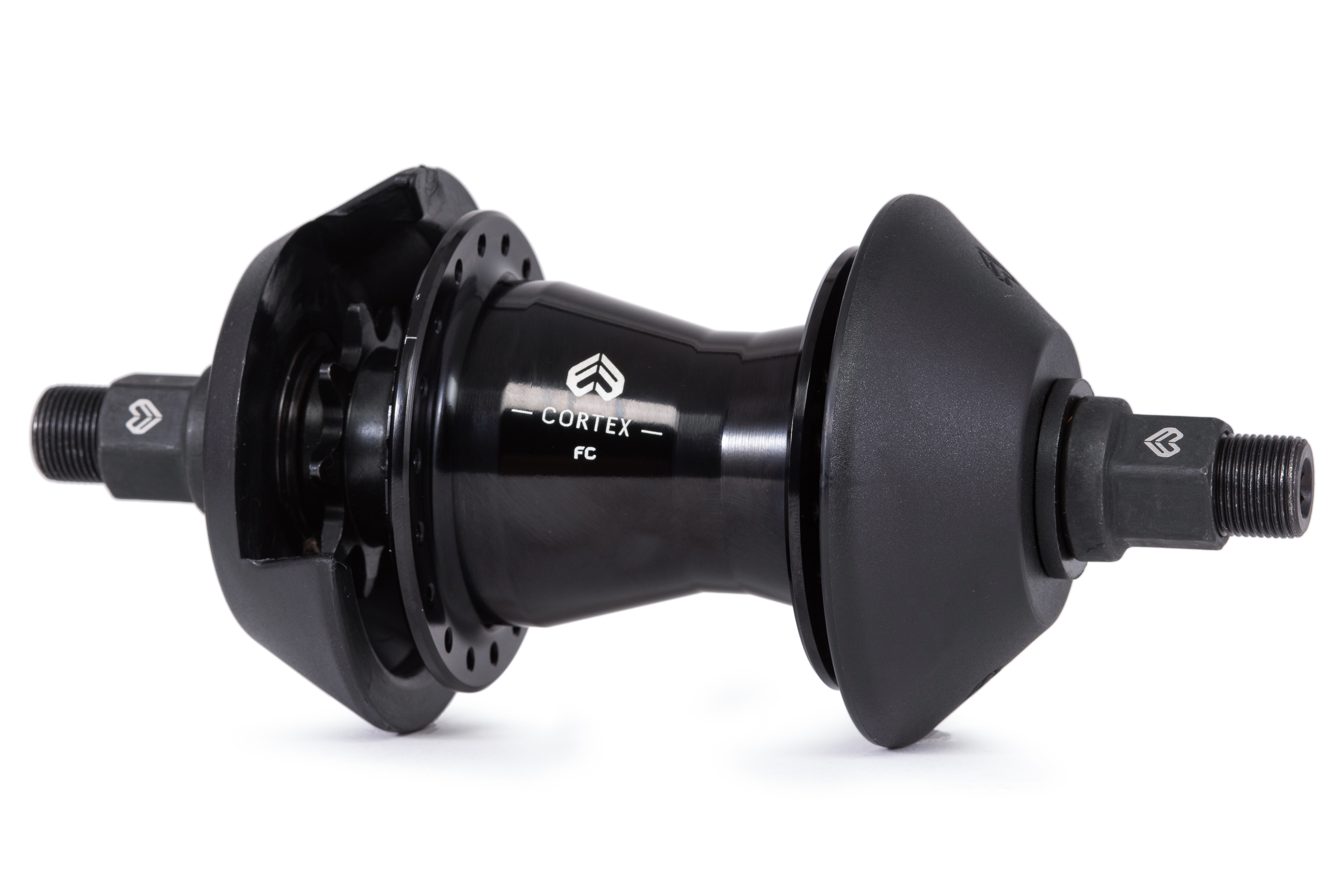 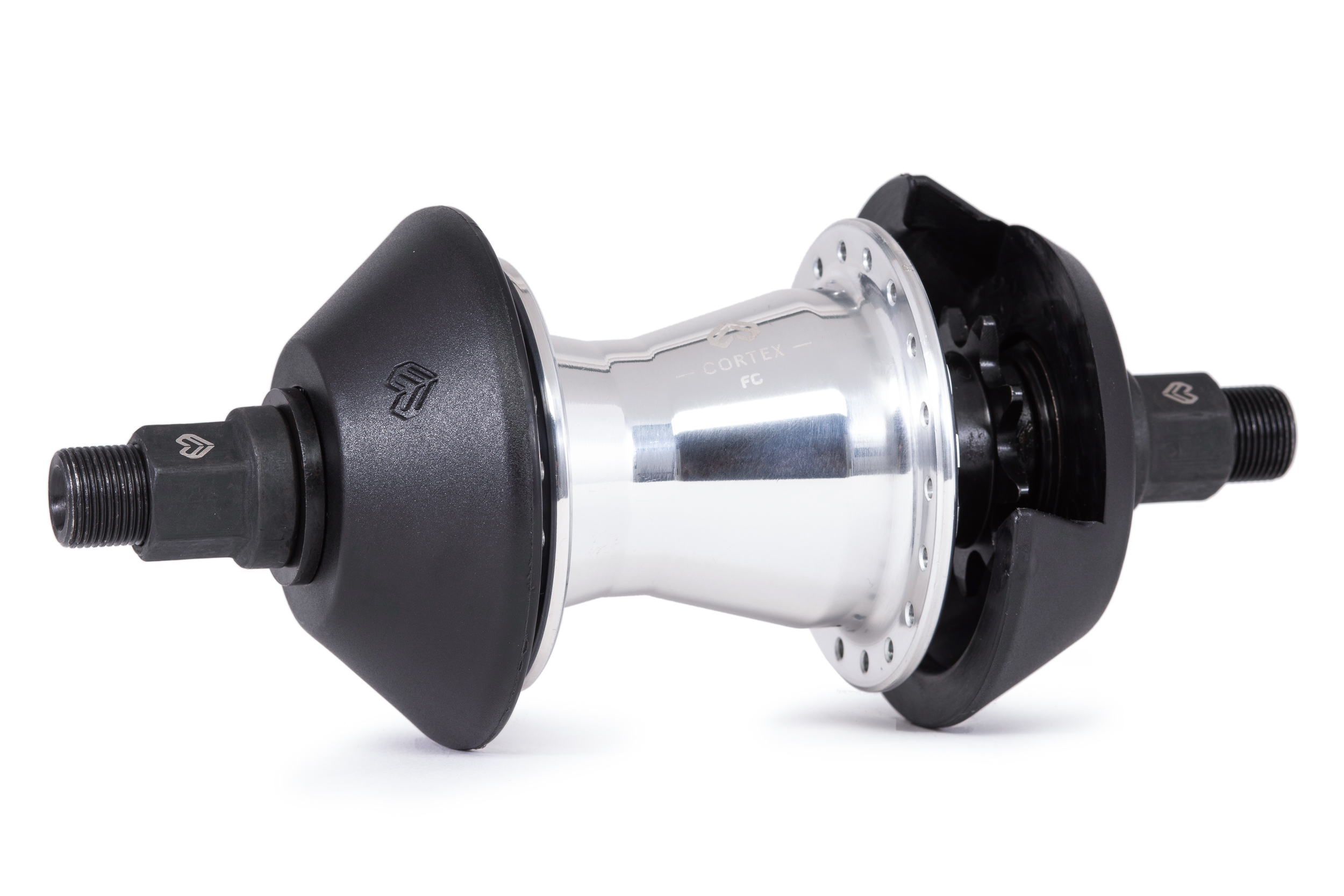 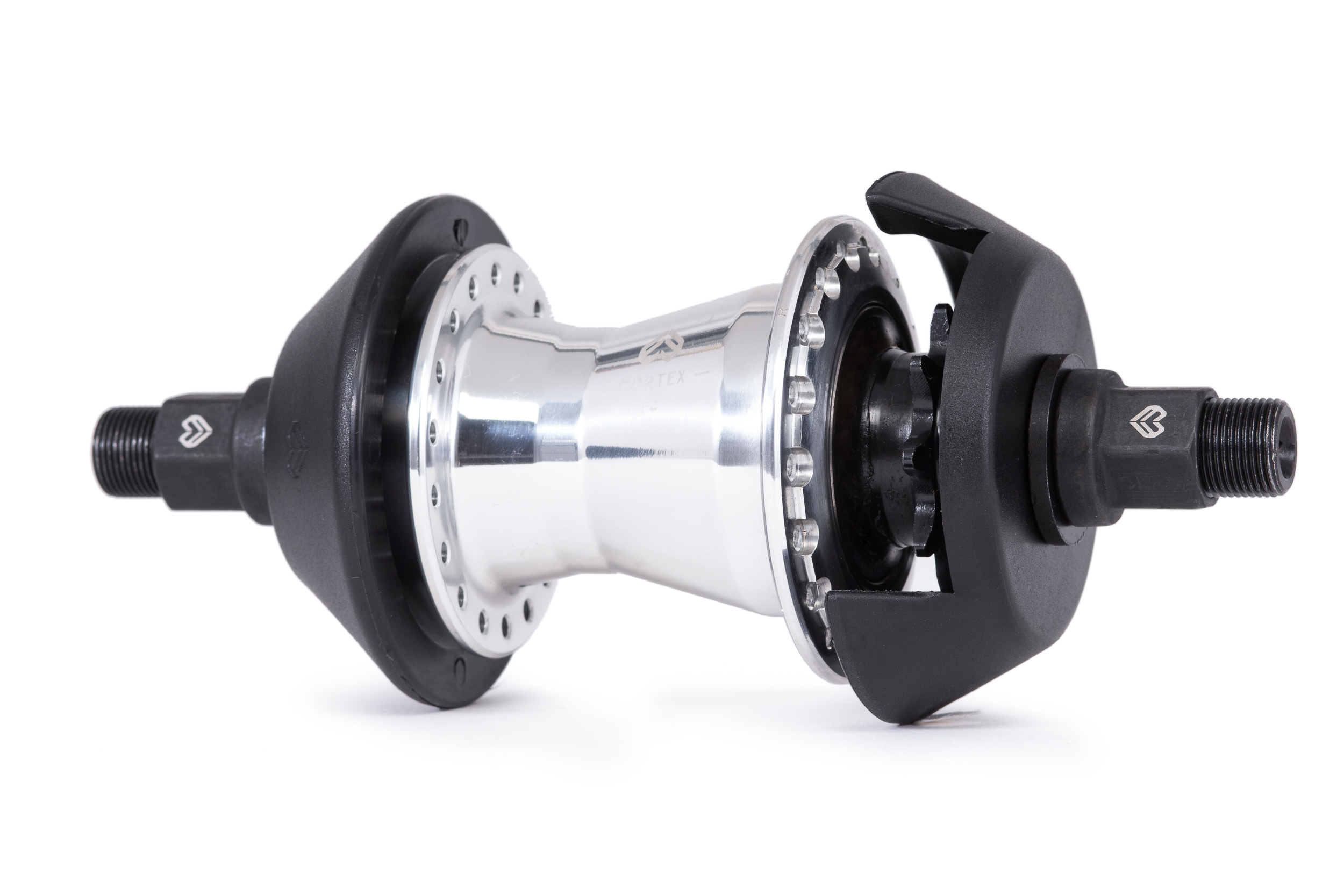 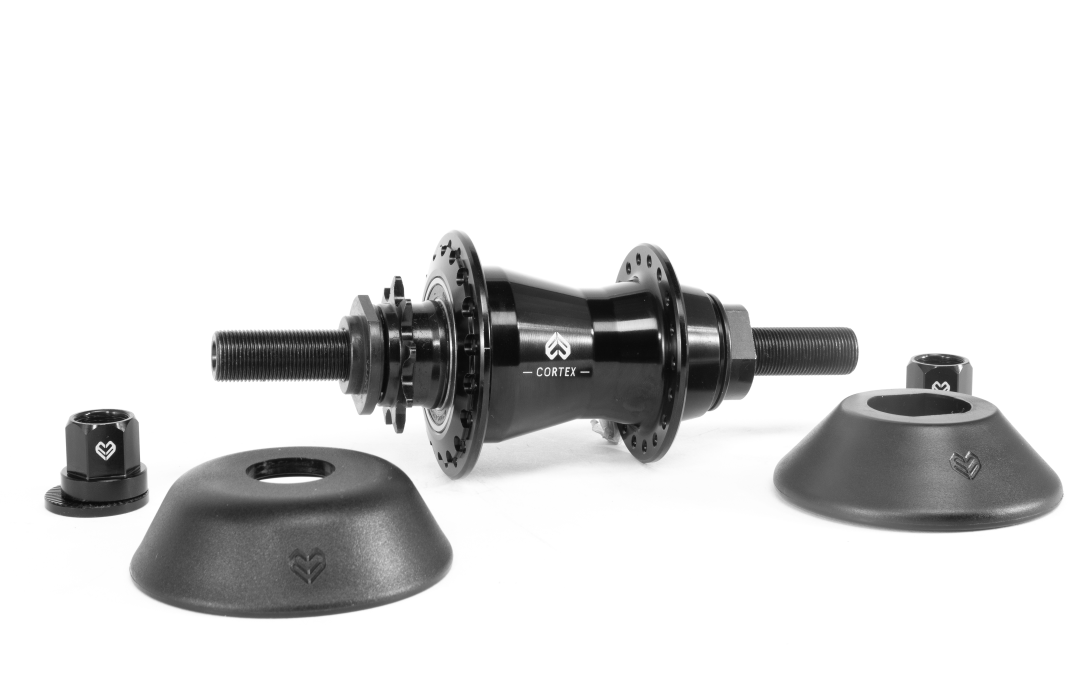 When the team asked for a simple, durable freecoaster hub with a larger slack setting than most, we got to work on developing something totally new. The Eclat Cortex Freecoaster takes the tried and tested clutch style internals, and addresses ALL of the problems that those hubs had infamously been plagued with in the past.

Lets break it down for you?

“Yes it crankflips!”. The first issue was the internal friction mechanism. A typical Clutch system hub uses x2 small balls on springs to apply friction to the inside of the hub shell, allowing the hub to engage. These small balls often wear out, causing damage to the hub and eventually end up in the hub slipping and cease working. We took this system and modified it to use x3 points of friction which is not only incredibly durable but also more stable than other clutch style freecoasters. After research and testing, we worked out that we could apply stable friction to a much larger section of the clutch, rather than just at x2 points like a regular classic clutch style hub. This makes the hub much more durable and will require next to maintenance.

The biggest issue with clutch style freecoasters was always that they generated “play” over time. When the clutch threads into the driver, it acts like a vice and clamps the large drive side hub bearing, and ultimately will cause large loads on that bearing causing it to weaken and become loose. We solved this issue by using a special “c-clip” which sits freely behind the non-drive side bearing, preventing the force of the clutch from damaging the bearings and destroying them. This special part really give the Cortex a huge advantage over other hubs, and enables you to give it as much side impact as possible, without the hub generating play.

Our team asked for a hub with a large slack setting, so the Cortex comes out of the box with just under 1/4 crank of slack, however, this is fully adjustable and can be made much smaller by adding small spacers behind the clutch, which are included with the hub.

After 2 years of heavy testing, we still have team riders riding the Cortex hub as good as it was the day it was laced up.

The Cortex is available now in RSD or LSD either as a hub or as a complete wheel laced up to our Trippin, or Bondi rims.